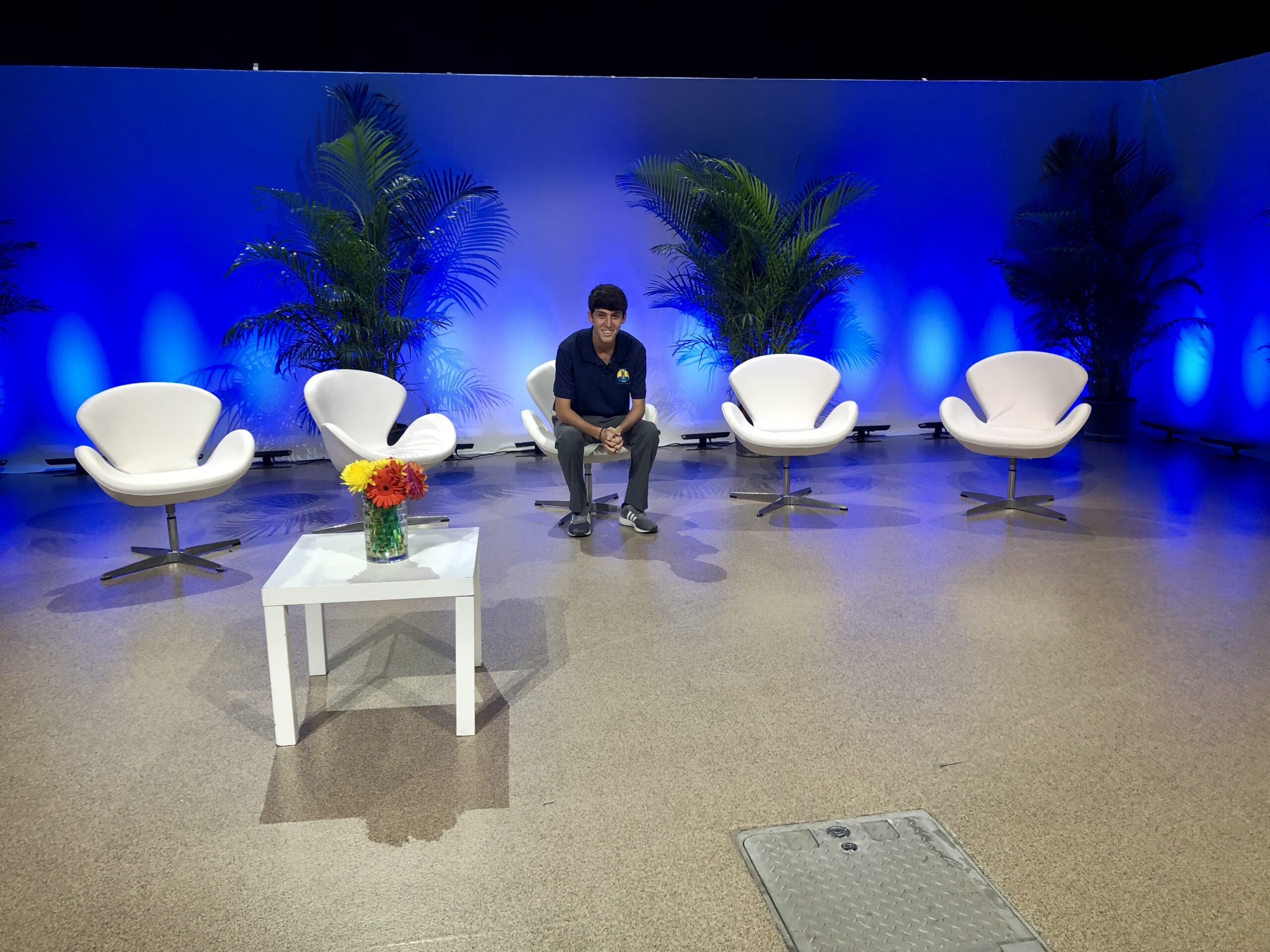 I want to talk about feeling overwhelmed, the sense of rejection, and coming to terms with not being perfect. These three things have been life lessons for me recently.

Overwhelm. It’s been a while since I’ve written a blog. In the past 6 months, I finished my book (Getting to Neutral: Why Mindfulness Matters for Teens) and hopefully it will be published soon. I also had to study my speech to be the keynote speaker at the Broward Mental Health Summit. And I am doing all of the scholarship and college application stuff, as well as keeping up with my 6 AP classes and 2 dual enrollment college classes. I have a job as a golf coach to teach kids golf, and I am on the golf and TV production teams at school. I also run the Kids Association for Mindfulness in Education club at school. It’s a lot, and I’ve been more stressed than usual, learning how to better manage my time, and I really have to be grateful for these mindful techniques that I’ve learned to help me through everything.

Rejection. It’s a tough one I think, hard to keep spirits up and believe that you’re doing good work. I’ve been trying to get this book published for the past few months, and so far, I’ve gotten three rejection letters from publishers. I’m not giving up though. Some authors get like 20 “no’s” before they get a “yes,” and it only takes one yes. I’m reminding myself that I’m worthy, and feeling hopeful that someone will see the potential in this book and how many teens it can ultimately help.

Imperfection. I worked really hard on the mental health speech and delivered it as best I could last week at the Broward Mental Health Summit. Because of Covid, the summit ended up being entirely virtual, except for the speakers, who all had to go to the venue. Imagine being in huge 3,000 person auditorium, but with only about 30 people there.

Even though I knew the speech because I had been practicing for months, I was still nervous, and I think maybe even more nervous knowing that it was live TV and being filmed without an audience. I messed up in the beginning. I blanked for a second, and ended up repeating a line that I already said. (In full transparency, that repeated line was edited out of the recording).

It took me a couple of minutes to ground myself, to feel like I could breathe, and to get into the flow of the speech without letting my nerves overwhelm me. After that initial mess up, I think the speech went ok. If there were a few lines I messed up, only my mom, who knew the speech as well as I did, knew about it.

And yet, I was really hard on myself afterwards. I should have been thrilled and relieved and proud. There were a lot of great comments afterwards from the viewers, and I got so many phone calls and texts congratulating me. Someone told me that he doesn’t know many 17 year-olds who could have delivered a 30 minute speech in such an engaging way, and even though he could tell I was nervous and repeated a line in the beginning, what stuck with him was my message and how well I recovered. Another person mentioned that there are a lot of adults she knows that probably could not have done what I did and recover so beautifully, and those words really helped me.

I guess it’s all in the perspective. Positive/Negative. Sometimes we are really hard on ourselves, like picking out the one minute in the beginning that was a mess up, instead of choosing to focus on the 29 minutes that were great. Sometimes we have to remember to give ourselves a break or a pat on the back for a job well done and stop being so judgy. Accepting that I did a good job in the aggregate was a relief. I’m human. I messed up. But it wasn’t a big deal, I did the best I could, and as my mom said, powered through the nerves, in the most poised way possible, and I did it authentically, which is really important to me.

I’m told that 2700 people viewed the speech so far. Wow, that’s a lot, and I’m so grateful. I keep reminding myself that the only thing that matters is if I helped one person. Then it was all worth it. That’s the only thing that’s important.

I want to encourage any teen who feels strongly about something to use your voice and speak up for what you believe in. It’s hard work sometimes and takes a while to see results (it’s been 8 years and we still don’t have mandatory mindfulness based social emotional learning curriculum in school) but if it’s important to you, then it’s probably important to someone else out there too, and you are helping them without even knowing it.